The  letter below was received by the MP of one of our contributors from Mr George Osborne MP before the Conservatives got in to power and he became Chancellor of The Exchequer.   In the letter he makes it quite clear that his party takes the exploitation of LVCR very seriously and hints that if the Conservatives were in Government they would take action. Mr Osborne notes that ‘nothing of substance’ had been said by the Labour Government on the subject. 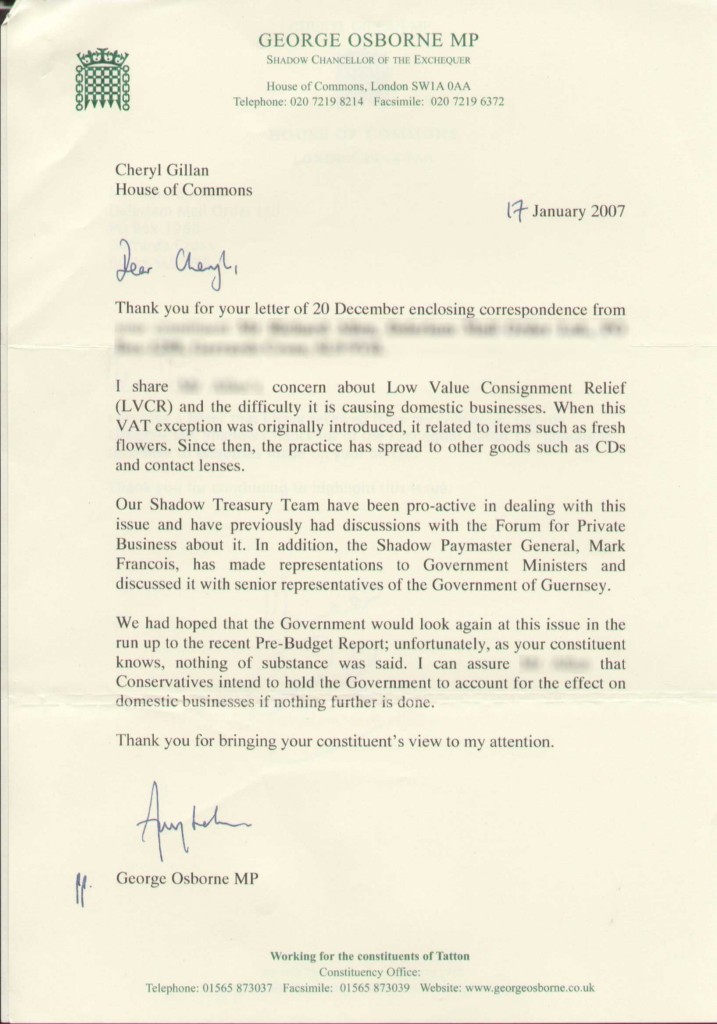 In contrast the following letter was received several weeks after Mr Osborne became Chancellor of The Exchequer. It contains ‘ nothing of substance’  :

VATloophole.co.uk is run by Retailers Against VAT Avoidance Schemes (RAVAS) a group of UK based Internet and high street retailers affected by VAT free mail order.

Links to LVCR in the Media

Click here for the most common arguments supporting LVCR Exploitation