RAVAS has received a letter of support from Phil McCabe of The Forum of Private Business, an organisation who represent many small to medium sized businesses in the UK.

In 2005 the Forum of Private Business gave evidence on LVCR  to the All-Party Parliamentary Small Shops Group, which subsequently warned that, based on the then rate of decline, the UK’s small shops would vanish completely by 2015.   Phil confirmed to us that   ‘Many independent traders, including mainland internet businesses as well as small high street shops, are being forced to close as a direct result of large retailers exploiting Low Value Consignment Relief (LVCR) via the Channel Islands. They are unable to compete with companies able to sell a range of goods for almost 18% less than they can, and cannot afford to set up shop in the Channel Islands precisely to avoid VAT, as their bigger competitors are doing. Although they often deny this, it clearly amounts to tax abuse‘ Like RAVAS the FPB are concerned about the increase in VAT  in January 2011 Phil explains ‘ In January VAT will increase to 20%, further distorting competition. For these reasons, EU law compels the UK government to take one of several steps available to address the problem . Failing to act when this first became an issue in the 1990s opened the floodgates and now almost every major retailer runs internet mail order operations from the Channel Islands. Still nothing has been done to end this abuse of LVCR. For the sake of small traders and the still-fragile economy, this situation must change without delay.’

Further information can be found on the FPB website

RAVAS welcomes support from an organisation that  campaigns for the interests of UK mainland business. 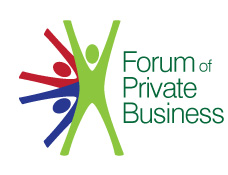 VATloophole.co.uk is run by Retailers Against VAT Avoidance Schemes (RAVAS) a group of UK based Internet and high street retailers affected by VAT free mail order.

Links to LVCR in the Media

Click here for the most common arguments supporting LVCR Exploitation